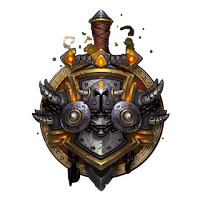 First of all, I leveled exclusively as protection from 1 to 80 so I can't really say anything about the other two specs. Protection was great, though, but before you jump to the wrong conclusion, I mostly didn't tank, but instead used a damage focused protection spec to  quest insanely fast. Thanks to the sturdiness of protection, I could take on 5-6 mobs at once, up to 10 if I really wanted to live on the edge. All you need to do is charge from one mob to another, gather them up, rend one of them, thunder clap the rest of them to spread rend and then use cleave and glyphed revenge to burn them down, while at the same time focusing on killing one of them ASAP, so you're able to use the healing from victory rush.

With 7-8 mobs on you, this usually means you drop to about 30% by the time the first mob is dead, then get back up to around 50% by using victory rush. By that time, rend, cleave thunderclap and revenge have dropped the rest of the mobs to bellow 50%, which means the next one you focus on will die that much faster, and you will get victory rush again. Basically, you almost die, but then you easily go back up and burn the rest. If you accidentally take on to many, you always have your defensive cooldowns to save yourself.

This procedure worked flawlessly up to 80, but when I got to Hyjal, the jump in mob health and damage, as well as gear was to much and it took to long for me to kill even one. This is why I switched to fury and started dual wielding twohanders. It wasn't as fast anymore, but once I got some gear, I could kill a mob in under 10 seconds and already be on the next one, so questing was still pretty fast.

All in all, the warrior is a pretty fast and fun class. You'll always have plenty to do and charging is always fun. Definitely one of my favorite classes.