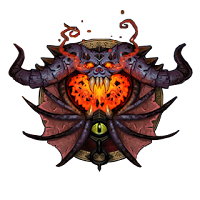 The warlock is the second class I rolled and one of the classes I liked playing. I picked gnome, simply because I thought it fit best out of the alliance classes, but race choice really shouldn't be an issue for anyone, unless they are in one of the top guilds of the world.

I started out with demonology and I didn't like it very much. Sure, the demon keeps you alive through almost anything, but it's also very, very slow. As for destruction, back when I played it, you just had to drink fat to often. Somewhere around the 40s, I switched to affliction and I haven't looked back until 80. Starting out as affliction, you should probably take an opponent at a time, doting them up and then finishing with a shadow bolt or drain soul.

Once you get to a slightly higher level and learn most of your dots, the style of playing changes greatly. What I did was to throw dots on one enemy and just move on to another one while the first one was still alive. I could easily take 4-5 enemies in a row that way and never stop to drink or eat at all. Just as about to get one to many, one of the first ones dies, so its never an issue. If your health ever drops, death coil and haunt take care of it, and if it really becomes a problem, you always have drain life, which you can talent to heal for more if you're in trouble. Sure, on a few occasions I went to far and got my ass handed to me, but for the most part it was fast, efficient and fun.

When Cataclysm arrived, I somehow thought that destruction would be better so i tried for half a level in that spec. Suffice to say, I switched back to affliction very fast and simply wen't back to my old tactics. Of course, mobs have much more health in this level range, so I wasn't usually taking more than 2-3 mobs at a time. Still, thanks to that nifty new Soul Swap spell, it was working out very nicely. If you time it correctly, and glyph it, you can keep the dot's from your first target running throughout the few, saving you time and helping you pull more, or do some direct damage to finish them faster.

All in all, the warlock is a pretty fun class to level. Well, at least affliction is.