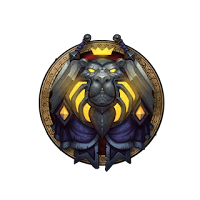 Since this was my first one, I have to also rate him first.

The most important thing to take note of here is that I've leveled him during the first months of Wrath. The way he was back then and the way he is now is very, very different.

I have to say, the experience was a bit dull. You had very few attacks and most of the damage was coming from weapon swings. I also had to drink quite often, since regeneration wasn't insanely fast back then. The seals needed a recast every 2 minutes, so that was a bit tedious to. On the other hand, the survivability was completely insane. I could easily do most group quests and I had no issues with taking multiple mobs at once.

Getting mounts was a bit simpler and cheaper than most classes, so I could get to them sooner. Once I finally got to Outland, a patch made the seals last 30 minutes, so some of the tediousness was removed, and I also got more spells, so it was less dull to play. Again, the group quests were mostly soloed, thanks to Lay on Hands, Divine Shield and big Heals. I basically had 2-3 extra lives every few minutes. This was pretty much the same throughout Wrath.

With the changes Cataclysm brought, I was pretty much on par with most classes in the 80-85 range. I felt a bit squishy at first, but once I got the hang of it, I could take on several mobs again and this time Word of Glory was the heal of choice. There are really no group quests in Cataclysm, so I can't say anything about that. All in all, it was a good experience.

I don't know how leveling from 1 is now, but I'm guessing it's much faster and more interesting. Since you have Holy Power to heal yourself now, there is probably little to no downtime. From what I hear, it's also very possible to level as Protection or Holy, so you can try that out as well. In the end, If you wan't a tough, durable class which isn't the fastest, but is fast enough, go for it.